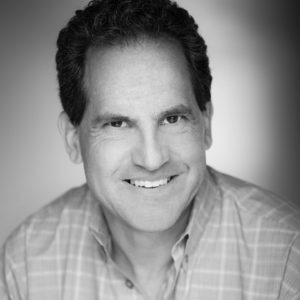 Jacob founded Goldberg General Contracting, Inc., (GGC), in 1987. Performing dual roles at the company, he serves as president, managing day-to-day operations; and as project manager, actively overseeing many of the firm’s notable projects.

From his formative years as a draftsman, to his work as a tradesman, contractor and finally as a custom builder, Jake has nearly thirty years of experience in owning his own firm. Raised in the “old school” of doing business, he stands behind the integrity of his team’s workmanship on every project they build. He is known for his collaborative approach to resolving challenging design issues. With his dedicated commitment to clients, he has built a solid reputation through referrals. Additionally, he has established many longstanding business relationships with noted interior designers and architects throughout Chicago.

In the early years of GGC, Jake worked in the field, as well as the office, honing his skills in the carpentry, plumbing, electrical, and tile-setting trades. He made a concerted effort to finish every job with a record of professionalism. Only later did he appreciate how his dedication to craft would become the foundation for things to come.

From renovations and new construction, to light commercial and high-end residential projects, Jake has never waned from a focus on quality and attention to detail. His goal has always been to deliver personal service and enduring craftsmanship. Continually developing his entrepreneurial operation, he trains his employees first hand, emphasizes their skill development, and has in-kind established a loyal staff. Looking toward the future, Jake continues to refine his operation and challenge his tradesman to deliver exceptional serve.
Through the years, Jake has earned a number of awards. Most prominently, he received the prestigious honor of being selected as the “National Custom Builder of the Year” in 2010 by Custom Home magazine. Additionally, projects built under his direction have earned more than 10 awards from the American Institute of Architects (AIA) in Chicago. Lastly, he has had many projects featured in both national and local media outlets.

Currently, Jake serves on the board-of-directors of Landmarks Illinois, a non-for-profit organization dedicated to the preservation of Illinois’ architectural and historic heritage. Previously, he served on an advisory council to the City of Chicago building department under the former Mayor Richard M. Daley.

Raised in an entrepreneurial household by a successful interior designer, (Cynthia E. Goldberg Interior Design), and an accomplished architect, (Seymour G. Goldberg & Associates), it is clear where Jake acquired his intuitive understanding of aesthetics. Attending Lane Tech High School his design interests flourished in vocational shop, architectural and mechanical drafting courses. A graduate of the University of Illinois, he earned degrees in both finance and economics.