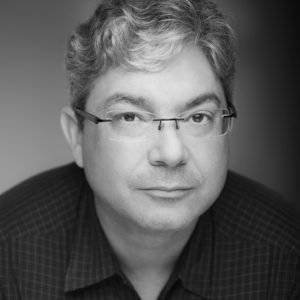 Jeffrey M. Berry is vice president of Goldberg General Contracting, Inc., (GGC). He has been actively involved in the growth and direction of the firm for more than two decades. In addition to securing new business and strengthening existing client relationships, he also serves as a full-time project manager on some of the firm’s more dynamic projects.

Since 1995, Jeff has been an integral part of the success of the company and a key asset to the firm. With a great depth of experience in high-end construction, he offers an insightful and strategic approach to project management. He has developed a reputation for on-time delivery, great workmanship and a high-level of client service.

Projects built under Jeff’s direction have earned a number of prestigious awards. Recently he adapted a historic 19th century commercial dairy into a 10,000 sq. ft. single-family residence in Lincoln Park. This remarkable renovation, with its historic façade and modern inner courtyard, was selected by Custom Home magazine as the “National Custom Home of the Year” in 2013.

Additionally, more than six projects built under his direction have received awards from the American Institute of Architects (AIA) in Chicago. Notably, the Yannell House on the city’s Northside. It is a net-zero energy structure, which means it generates more energy than it consumes. It is also a LEED Platinum home (Leadership in Energy & Environmental Design), meaning it was honored for being built with exceptional levels of recycled-content materials. At the time of its completion, the Yannell House received the highest recognition ever given out by the USGBC (U.S. Green Building Council) for a residence. Uniquely, Jeff has also built one of the few commercial buildings nationally to be both certified net-zero energy and LEED Platinum, the Harmony House Shelter in Chicago.

A third generation Chicagoan, he has long been actively involved in the development of this city. After graduating from the University of Michigan, he began his career in commercial real estate. Soon after, he joined the L.R. Development Co. There he sharpened his construction management skills renovating a number of significantly historical buildings. Most notably in Chicago’s Gold Coast neighborhood, he was part of the team that managed the conversion of the former mansion of Playboy Enterprises into luxury condominiums. In addition, he also managed adapting a former Weibolt’s department store into loft condominiums in the city’s Lakeview neighborhood.

With more than two decades of experience, Jeff is keenly aware of the challenges marrying complex and sophisticated designs with budgetary restraint. A key to his approach is to get involved early in the design process. His expertise in value engineering, along with his collaborative approach with architects, has helped many owners build their dream homes. It is his resourcefulness and strong management that have lead him to build many high-end projects at the forefront of design.