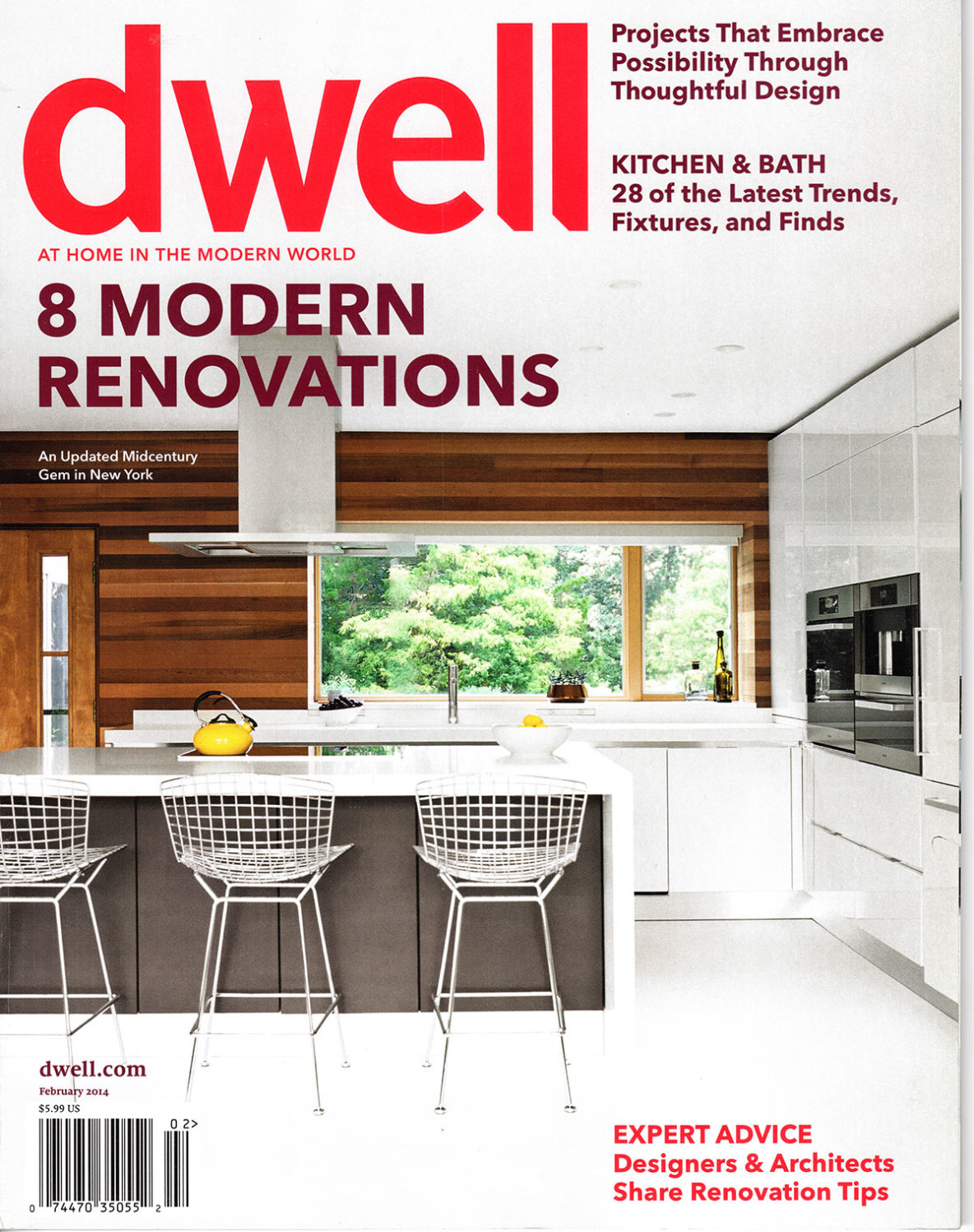 After 16 years in a nondescript bungalow, Brad Lynch was tired of being the architect who hid his own house. The Brininstool + Lynch founding principal demurred requests from high-end residential clients who wanted to see his home in Chicago’s North Center neighborhood. In a rare concession, he drove one persistent client past the house. As Lynch puts it: “After seeing the outside, he did not want to see the inside.”

“I kept promising my wife that we would renovate,” Lynch says. But when he got down to designing, Lynch realized that the plans he’d drawn up-which he describes as “a deconstruction of the bungalow form”­would cost more to realize than a brand-new building. So he decided to tear down his cozy, if commonplace, house and build anew onsite. On a residential street lined with late 19th- and early 20th-century bungalows, Lynch’s modern home cuts a distinctive profile while respecting its context.

“It’s not like a flying saucer or a big blob trying to make a statement,” says Lynch. “The architectural statement is in the use of the space, and the experience.” The structure is in scale with the neighborhood, mimicking the volume of the other buildings on the street. Its massive front-facing window may turn some heads, but the red brick, zinc panels, and slim profile fit right in. And, like the stoops that connect typical Chicago bungalows to their neighborhoods, the Lynch family’s open-plan living floor calls out to public life on the street instead of hiding from it.

“This is our front porch,” Lynch says, looking out through the ten-foot-high pane of glass that frames his living room, raised four feet off the ground
like many of his neighbors’ first floors. An identical window pierces the back of the house. When the shades are open, one can look from the street directly through to the backyard.

That interaction goes both ways. Although he denies sharing his wife, Karen’s, thorough knowledge of the neighborhood, Lynch waves back at a family who recognizes him through the window. And during a recent Halloween party, architect and artist friends gathered at Lynch’s new home, flooding the main floor and its street-facing glass display with Jackson Pollock-style frocks and pointillistic face paint. ‘When it comes to entertaining, having this type of open environment creates better memories,” Lynch says.

The multilayered panes of glass that frame the first floor also let in plenty of natural light, even in the winter. As daylight waxes and wanes on the open circle of furniture by the front window, “it activates the space,” Lynch says. “The moment you put in one mul­lion, it would ruin the effect.”
The open-plan living floor is not without its divi­sions. In a room that integrates kitchen, dining area, and living room, subtle spatial cues prevent chaos. Brad and Karen, both avid cooks, discovered a trick to keep guests from clogging the kitchen: Arranging place settings on the elongated kitchen island subtly deflects guests away from the busy chefs. Still within earshot and eyesight, though, the Lynches can jump in on conversation when they want to. 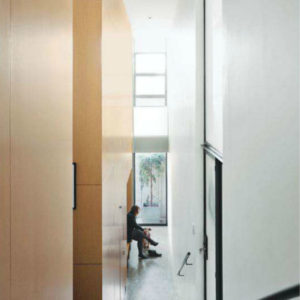 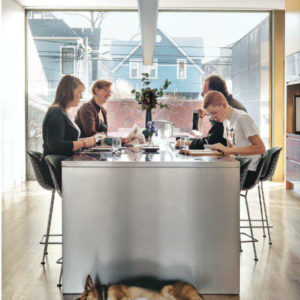 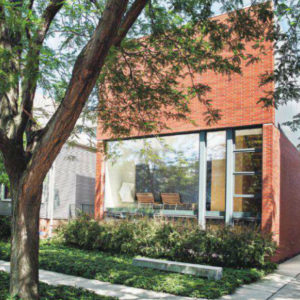 Three bedrooms are cozily tucked above the open space of the first floor, their windows looking north onto trees and sky, instead of toward the street and alley. “The separation of church and state, between public and private, is important,” Lynch says. “Being able to have the option of both, and having the open­ness of one space flowing into another, is a luxury.”

The ground floor, too, is private. A garden-level office, television room, and guest room are invisible from the street, thanks to a natural screen of barberry bushes and junipers. Lynch’s desk views the court­yard. He likes to work there in the morning, before going into his office downtown; the solitude and view provide a welcome counterpoint to the home’s public frontage. “When you’re down here, it’s like you’re out of the city.”

A continuous staircase and a wall of white oak­veneer cabinets link all three floors. Sightlines from the snug entry space anticipate the openness of the living room by filtering daylight through slits in the staircase ahead. Standing on the custom metallic grate that catches melting slush and trailed mud inside the entryway, one can hear and even feel the living floor just out of sight over a translucent balustrade four feet above. “We tried to create a sense of anticipation from one space to the next,” Lynch says.

Today, Lynch’s boldly transparent house stands not only as a designer’s architectural expression but as a physical embodiment of his newfound attitude toward visitors. In meetings for residential projects, Lynch says he used to push his clients to spend a little extra on a nicer house. That was a harder sell when he was embarrassed of his own home. Now, he says, clients visit often. 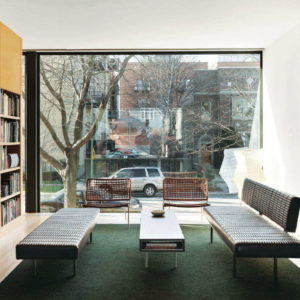 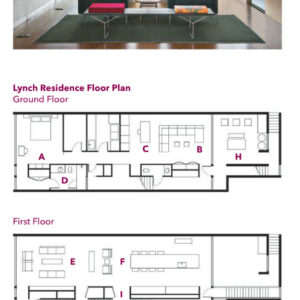 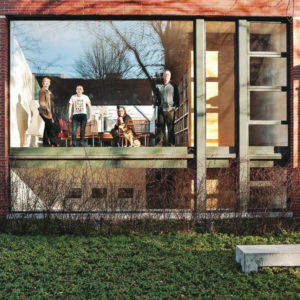