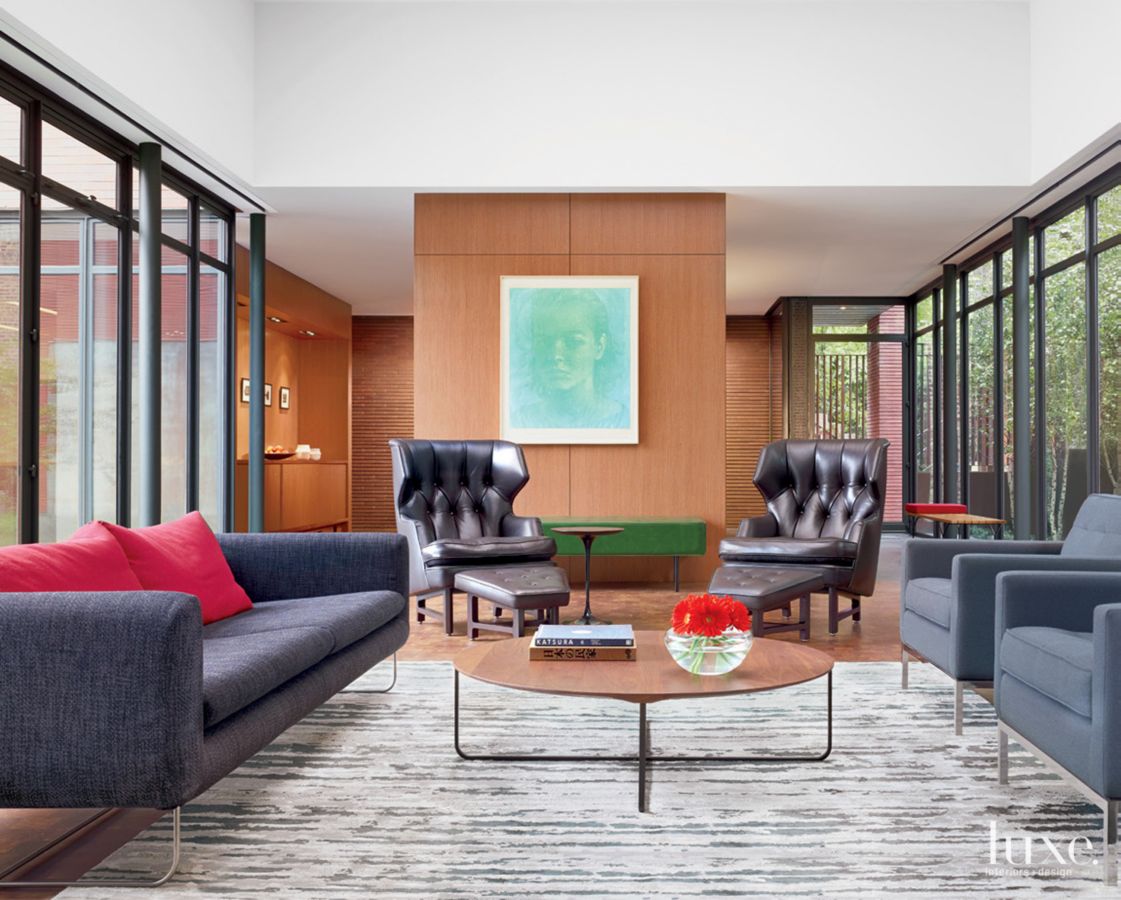 This house in Chicago’s Bucktown neighborhood is both a celebration of the city and a tranquil escape. The brainchild of residential designer Brad Lynch, the modern urban abode boasts materials such as brick, copper and steel, all of which embody the area’s light industrial past and mixture of commercial and residential properties. The interiors, however, are a complete departure, featuring open, light-filled spaces that offer an almost seamless connection with the outdoors. “The goal of the home was to capture the essence of a natural outdoor environment juxtaposed against the urban experience,” says Lynch.

The client wanted to live in one of the city’s up-and-coming neighborhoods, within walking distance of restaurants and shops, while still being able to enjoy nature and bask in the sunlight. “We saw several properties together, but none of them were right,” Lynch remembers. After finding a large parcel stitched together from three formerly separate lots, however, a courtyard-style house became possible. “We literally sketched it on the back of a paper placemat covered with tomato sauce in the middle of an Italian restaurant,” the architect says, laughing. “That’s when we came up with this L-shape where the living room is in the front with this three-story volume that would run the length of the lot, so you could free up interior land for the courtyard.” 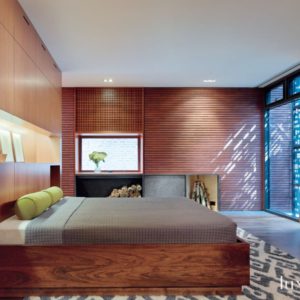 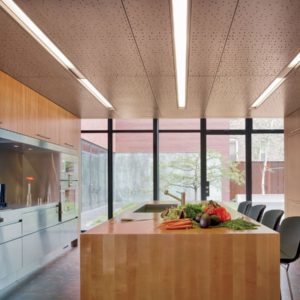 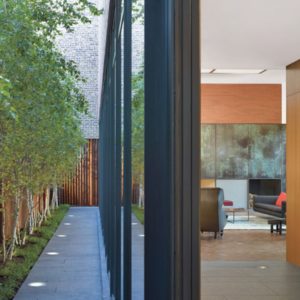 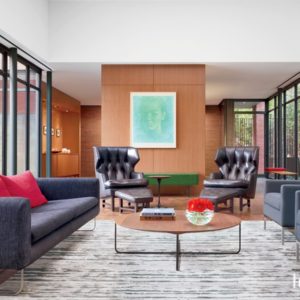 The home’s ground-floor living area is defined by floor-to-ceiling glass, with views of the grassy courtyard to one side and the street to the other. “I wanted to have nature on both sides, which is something you almost never have in Chicago,” the homeowner explains. “I wanted to look out and feel like I’m amongst trees even though I’m inside.” A massive skylight overhead further bathes the double-height space in natural illumination, allowing one to feel as much brightness sitting in the living room’s elegant Edward Wormley leather wing chairs as if stretching out on the lawn. Mesabi Black granite is used on the flooring both inside and out, further blurring these boundaries.

To keep prying eyes away, Lynch worked with landscape architect Shane Coen to create custom weathered-steel fencing and to plant a row of birch trees that would act as a privacy screen. Each fence slat was individually angled so as to open or conceal views inside. “It creates a sense of mystery as it unveils the house,” Coen says. “Many people slow down if it’s their first time seeing the home.” The adjacent kitchen and dining areas are enveloped in wood, with an island topped in maple and walls clad in pristine-looking veneered panels made from reconstituted Obeche wood. “It’s an extremely consistent patterning from panel to panel,” builder Jake Goldberg says of the material. “It gives the appearance of a rift-cut where all the grain is parallel,” so the natural texture of the wood maintains an extra-crisp uniformity. 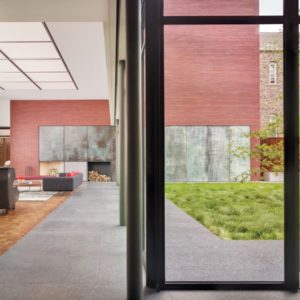 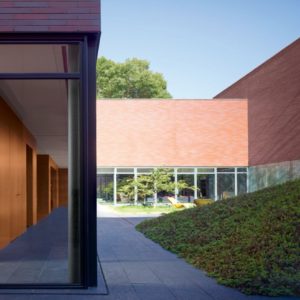 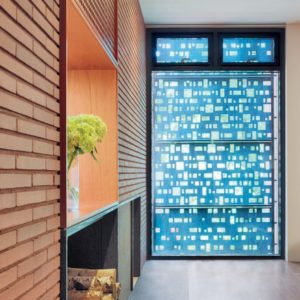 The second floor (where the bedrooms are situated) is an even more private and subdued oasis, with serene architectural touches such as custom perforated-copper screens in the master bedroom beautifully diffusing the natural light coming into the space and casting handsome geometric patterns over the wood-clad walls. “You get this dappled light all the time,” the homeowner says. “It looks like light from a forest.” Continuing from outside to inside are exposed-brick walls made from a thin, flat Roman brick favored by Frank Lloyd Wright, whose work served as one of the home’s inspirations. The third floor provides twin offices as well as an outdoor deck and green roof with views of central Chicago over the rooftops. “You could build two or three times the square footage on this site,” Lynch says, “but the luxury here was having the open space and the views.”