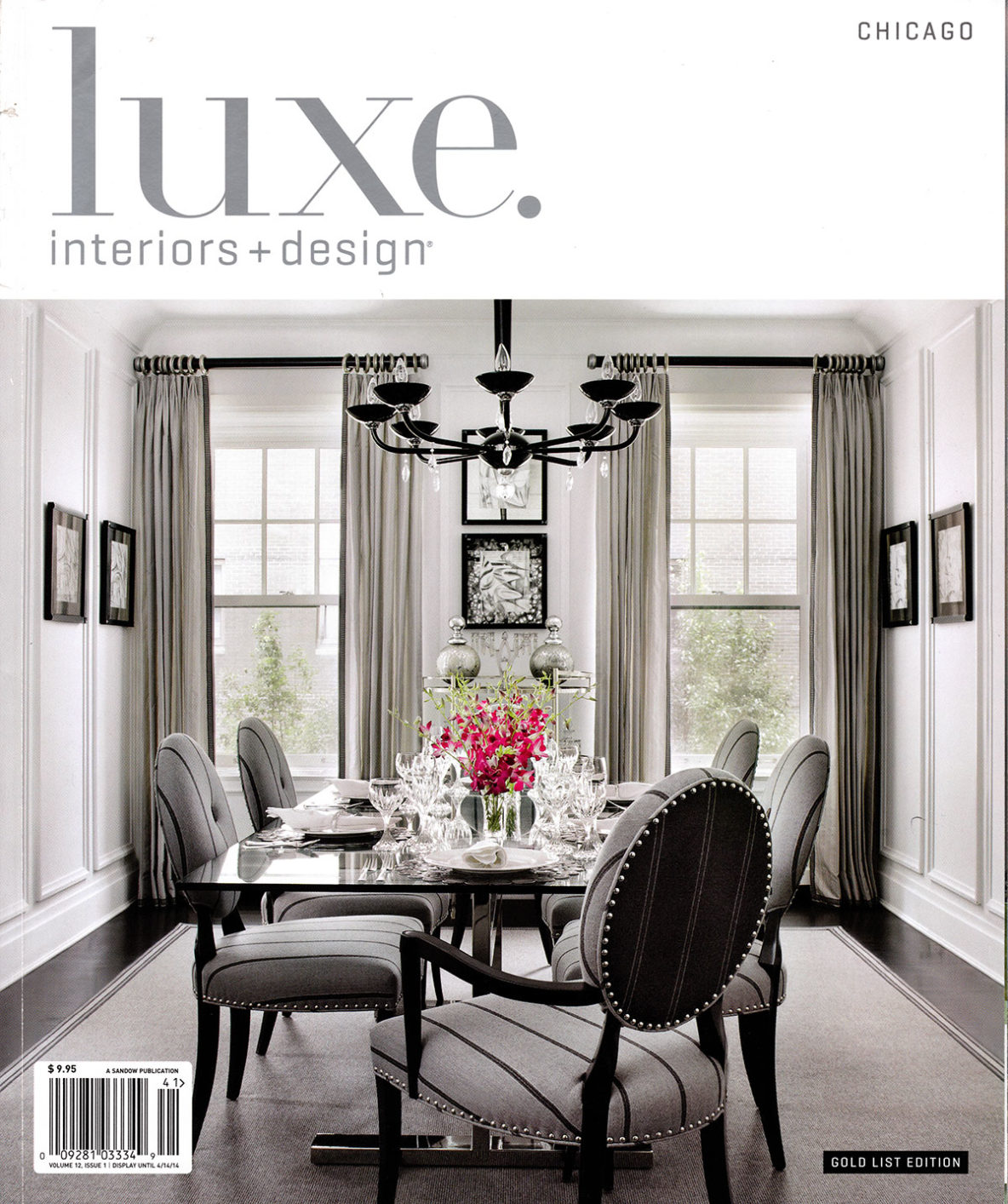 “I felt like a chef,” says architectural designer Robyn Morgenstern Rosenblatt about the experience of designing her own home in Highland Park. “I likened the process to cooking: figuring out what ingredients I could find locally, what needed to be imported and what aspects we had to invent.” The “dish” Morgenstern Rosenblatt was concocting—a modernist assemblage of intersecting volumes that include a large glass box for public rooms, a stone garage cube and a second-story wood volume with copper-clad “monitors” that resemble television screens—was necessitated by her growing family, specifically the arrival of a new baby, her second with husband Szymon Rosenblatt, who had two college-age children of his own. To help her realize the particulars of the project, Morgenstern Rosenblatt collaborated with architects Timothy Archibald and Bryan Bertola.

The home would be, in a sense, a farm-to-table enterprise: locally sourced materials whenever possible, energy-efficient and green. “There is a tremendous amount of technology in the house,” says Archibald. “The heating and air-conditioning systems were very complicated—a geothermal well system and radiant heating and cooling had to be thoroughly detailed out. And there was complex insulation and a self-sustaining vegetated roof. We helped Robyn integrate all of these elements into the home.” 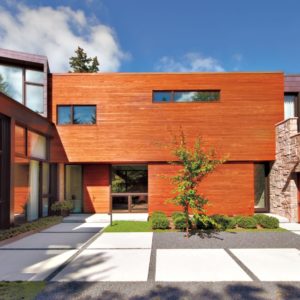 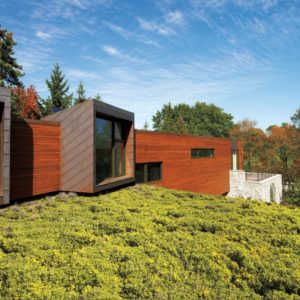 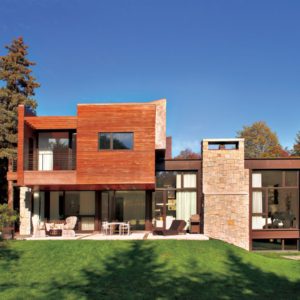 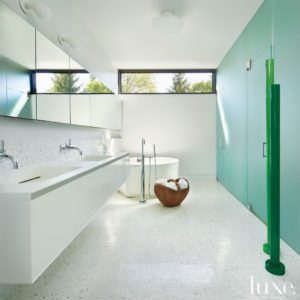 Although the majority of materials (read: recipe ingredients) were locally sourced, the technological systems were predominantly imported. One of the most innovative was the radiant cooling, basically “a grid of capillary tubes connected with manifolds and piping that you applied to the ceiling and plastered over,” explains builder Jake Goldberg. “This thermal mass radiates the cold downward. It was a first for everyone involved, a German technology that had only been used in commercial application.” To avoid interior condensation, he adds, they had to install moisture sensors and run “an almost imperceptible volume of air” throughout the house. Bertola also found German thermal break plates that connected the structural steel running from the indoors to the outside through glass, which ensured zero condensation buildup on the interior steel. Another import, cumaru hardwood, also known as Brazilian teak, clads the exterior expanses, making up the outer layer of a rainscreen—effectively, a gap between the siding and the building that helps mitigate pressure changes and draw out moisture.

For the second story, Morgenstern Rosenblatt wanted the entire volume to intersect the glass box off-grid because, she explains, “If it fits into a neat rectangle, it’s a very static structure. But if it disrupts the logic of the building, it becomes more dynamic.” This and a dramatic second-floor cantilevered balcony, notes Goldberg, required “structural gymnastics.” 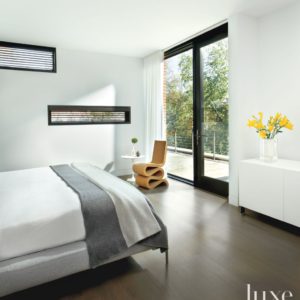 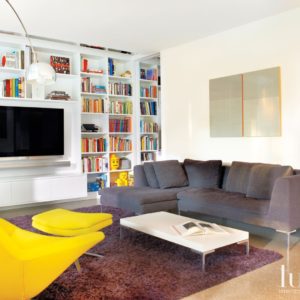 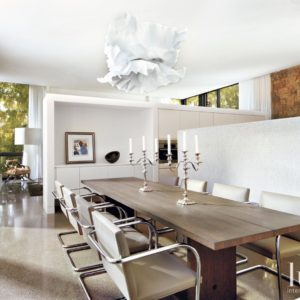 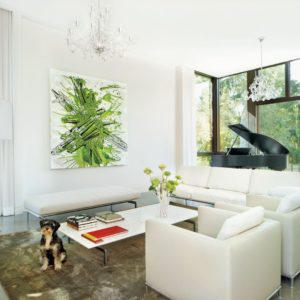 Landscape was also vitally important, adds Morgenstern Rosenblatt. “It had to be integrated with the home and include as much edible permaculture as possible.” Intrinsic Landscaping handled the lush green roof, while landscape architect Scott Byron sculpted and planted the surrounding property using, he says, “things we usually consider weeds” in ornamental applications. These include thyme as groundcover between large pavers to control its spread, and raspberries and chives—essentially, Byron explains, “plants that had a flower, root or leaf you could use.” He also designed a 20-by-50-foot vegetable garden for rotating crops and deployed apple and apricot trees as accents, as well as a fruiting pear espalier.

Inside, Morgenstern Rosenblatt serves up a little comfort food with her nouvelle cuisine. “The home has modern clean lines,” she says. “But it was essential that there be a sense of playfulness, delight and livability.” Translation? Rooms that, overall, are spare and white but appointed with upholstered pieces that temper the potential starkness. Also softening the seriousness are eccentric accents: a chair made of horn in the living room; and glamorous touches and sculptural moments, respectively, the living room’s Murano glass chandeliers and the explosively contemporary pendant above the dining table. Varying floor materials—concrete, terrazzo and wood—also create different flavors of experience within the interior spaces. The final pièce-de-résistance is a perfect calibration of sensations, a lean and elegant entrée that leaves you feeling nourished and transported rather than stuffed. 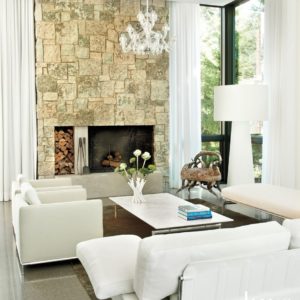 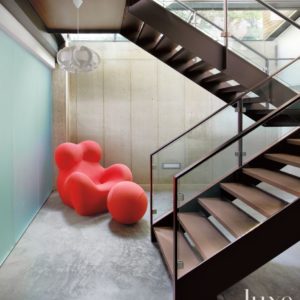 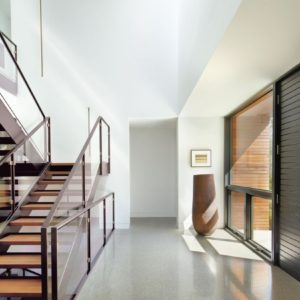