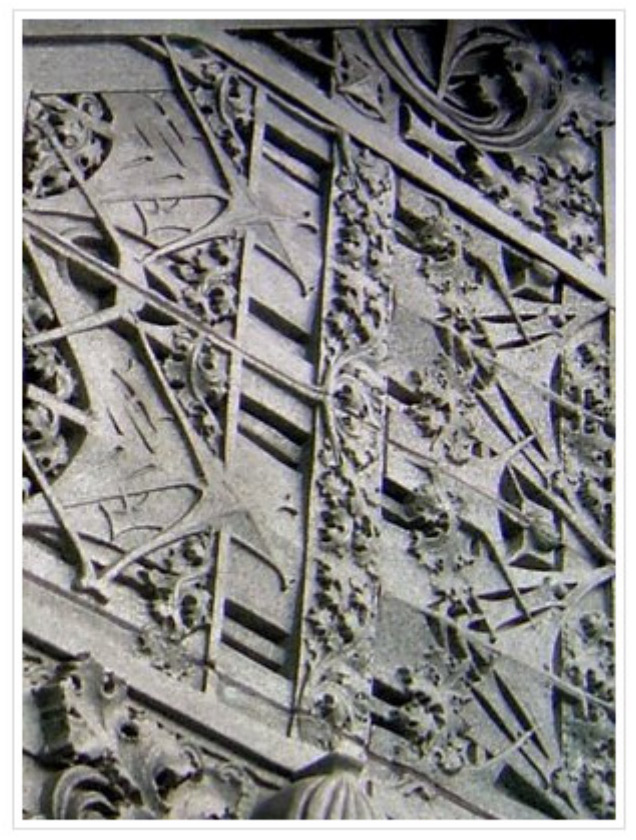 Source of Article ©2008 Architecture Chicago Plus. All rights reserved

Keith Dinehart of Goldberg General Contracting has brought to our attention an extended piece by Joann Gonchar in the July Architectural Record on the restoration and renovation of the 1923 Krause Music Store at 4611 N. Lincoln Ave, in Chicago.

The richly ornamented facade was the last commission completed by Louis Sullivan. After the music store failed, the building served as a funeral home for more than 60 years, and, more recently, as the Kelmscott Gallery. Wheeler Kearns Architects re-designed the interiors, retaining a rental apartment on the second floor and converting the first to the office space, preserving the quality of view into the large picture window that center’s Sullivan’s facade. McGuire Igleski and Associates did the facade restoration, emphasizing terra cotta repair over replacement with replicas. Goldberg General served as the contractors. The AR web version is an extended except, with nine photographs and drawings. To read this entire piece, pick up a hard copy of the magazine, which is well is worth it, as July is their big Olympics issue, Record Reveals: Beijing. (The photograph here was provided by our correspondent Justin Luety in 2006)

The Krause Music Store is like the Mozart Requiem, a commission that the artist created in full foreboding of his own mortality. Sullivan would die 1924, penniless, in a converted linen closet at the Hotel Warner. The Krause Music Store is his final testament. If you want to be strict, you could say it’s too much, so that we’ve seen it all before, but that’s beside the point. The way the bowered entrance draws you in, through an embrace of tendrils, is like a spiritual portal to the hidden, better world we all want to believe is there, just on the other side of the glass, wanting only our Beatrice to show us the way.