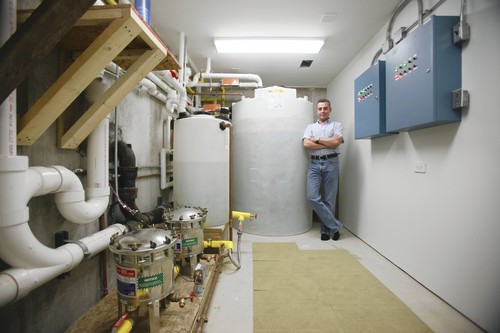 Michael Yannell’s ComEd bill is almost surely less than yours.

Yannell, 44, lives in a new Chicago home that is designed to be net zero energy, which means it will produce as much energy as it consumes — or more. The $1.6 million, 2,675-square-foot house is the first of its kind in Chicago, which already has achieved green sheen with its energy-saving public buildings and scores of planted roofs.

Yet the Yannell House, which has four bedrooms, two bathrooms and three occupants (the owner and his two cats), is more than a mere technical feat. Clean-lined outside and light-filled within, it issues an elegant rebuttal to the supersize, decoration-slathered McMansions that exemplify the pre-crash age of excess.

“I wanted to make a big, splashy statement to the city that that was the wrong direction,” said Yannell, standing next to a kitchen countertop partly made of recycled newspapers. He’s lived in the house since April.

A pharmacist at Rush University Medical Center, he is the ideal client for this sort of thing, possessing both ample funds and a zealous level of commitment. By his own calculation, he spent 40 hours researching energy-saving appliances. At first, he simply wanted to build an energy-efficient house. He went to Farr Associates, one of the city’s top green firms. When the architects introduced him to the more ambitious net zero concept, he said “yes” to the upgrade.

“We thought this was a gift from God,” Jonathan Boyer, a Farr principal and the house’s chief designer, said with a laugh. 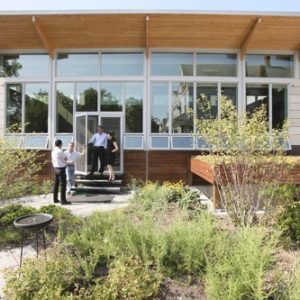 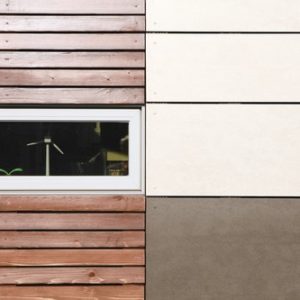 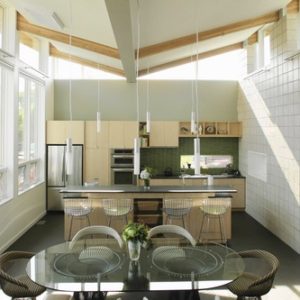 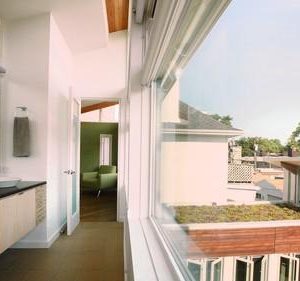 It can be argued, of course, that there’s something excessive about a man spending this much money on a big house for himself and his two cats. But in taking aim at the custom-home market, Yannell is posing an iconoclastic challenge, saying, in effect, to the architects and developers of McMansions: My model is greener than your model.

If nothing else, the house (its south garden above) should shatter stereotypes, proving that hyper-green construction is as possible in frequently cloudy Chicago as in sun-drenched Colorado. “It can be done in pretty much any climate,” said Ren Anderson of the National Renewable Energy Laboratory in Golden, Colo.

In truth, though, it costs more here than there and, besides, defining exactly what constitutes net zero can be illusive. In addition, net zero houses tend to require net zero occupants. Forget it if you’re going to flood your trees in outdoor lights or stick energy-sucking plasma TVs on walls. Yannell, as you might expect, has two energy-saving LCD TVs. “They have kill switches, so they draw no power in the off mode,” he said. 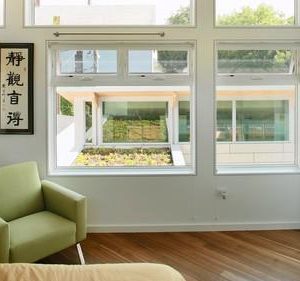 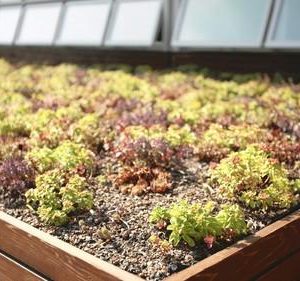 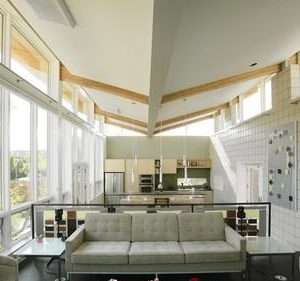 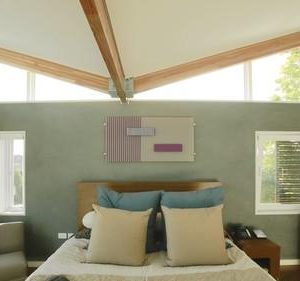 However they’re defined, net zero houses offer the tantalizing prospect of off-the-grid living, where each house serves as its own power plant. Though it gets some electricity from ComEd at night, the Yannell House takes a major step down this road. Just don’t expect a net zero revolution any time soon. The house’s green features added 10 percent to 15 percent in upfront costs, and it could take years to recoup that premium, Boyer said. That helps explain why there are only about 100 net zero houses scattered around the U.S.

Still, the Yannell House is a statement house, not a model for mass production, and the statement it makes along the Metra tracks at 4895 N. Ravenswood Ave. is exactly right: A well-designed net zero house should be about more than slapping a huge array of photovoltaic panels on a roof.

The design begins with Boyer’s well-conceived floor plan — a U shape that consists of two non-identical wings joined by a foyer. This arrangement nicely breaks down the house’s mass. It looks like two houses, not a small museum, as some big modern houses do these days.

Each wing has broad bands of triple-paned windows facing southward, drawing in lots of natural light, except when the roof’s carefully calculated overhangs block the high summer sun. The south wing, which houses the kitchen as well as living and dining areas, is about 10 feet shorter than the north wing, home to bedrooms, an office and a music room. That’s so light can filter into the second-story bedrooms and their views aren’t blocked.

The house is equally good at projecting its identity outward.

Its exuberant “butterfly” roof folds upward with sculptural verve, even as it cleverly hides the house’s 48 photovoltaic panels and doubles as a rainwater collector. Coming closer, you encounter a delicate “rain screen” facade (left), consisting of an outer layer of warm cedar panels and cool, fiber-cement board panels. An inner layer provides thermal insulation. The rain screen seems to breathe like a skin. 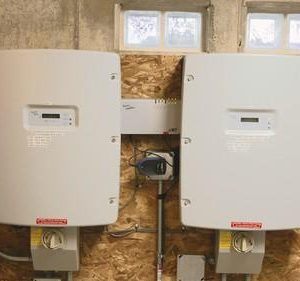 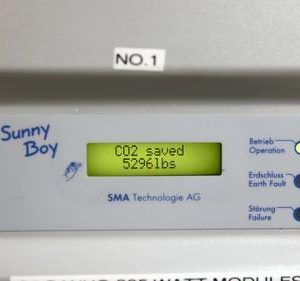 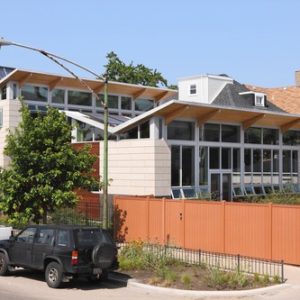 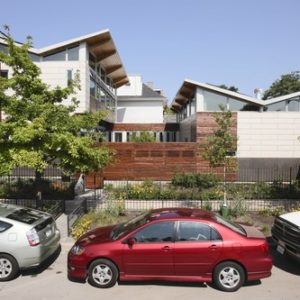 The interior is remarkably light-filled and airy, fully taking advantage of the house’s unencumbered views to the south.

In the expansive south wing (below) the underside of the butterfly roof seems to alight on a long steel beam that allows the combined kitchen-living-dining area to be column-free. Yet the beam comes down low enough to give the expansive room a sense of intimacy. That impression is furthered by the presence of such tactile details as wall tiles made of recycled green-glass bottles.

Only the passing Metra trains interrupt the serenity, and their sound is muffled by the triple-paned glass.

The north wing offers pleasures of its own: views back across the courtyard, plus a master bedroom and guest bedroom that feel like treehouses.

While construction joints are expressed, in keeping with Chicago’s architectural tradition, many of the house’s energy-saving features are concealed.

In the basement, you find geothermal heating and cooling machines linked to three wells dug 250 feet down. Also in the basement (below) are multiple filters for the house’s gray water system, which converts spent water from the house’s washing machine to clean water that can be used in its toilets. It’s believed to be the first gray water system in a Chicago single-family home.

Boyer projects that the array of photovoltaic and solar-thermal panels will generate 18,000 kilowatt hours a year, exceeding the house’s projected energy use by 40 percent. “So far, we’re doing great,” he said, but he’s cautious because it’s summer and there’s been plenty of sunshine.

To date, Yannell had paid one ComEd bill of $29.57, despite feeding his surplus energy into the grid. “ComEd hasn’t set up my meter to credit me,” he said. Even when it does, he expects to pay a basic monthly fee of about $20.

Future finances aside, the most important lesson of the Yannell House is clear: This net zero house is about more than generating surplus energy. It’s about offering a model for a new way of building — and living.