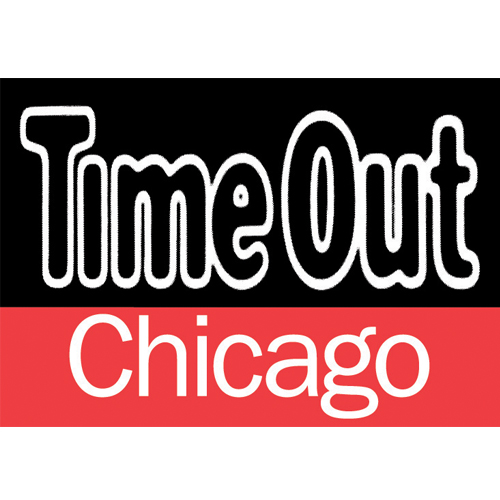 Source of Article ©2007 Time Out Chicago. All rights reserved Streetscape
Notes on the built environment

If you’re even marginally conscious of Chicago architecture, you likely know the Krause Music Store building at 4611 North Lincoln Avenue; it’s hard to miss legendary architect Louis Sullivan’s signature foliated terra-cotta facade. And if you know about Sullivan, you may know the soap-opera overlay of the structure’s back story: Penniless and forgotten, he got the 1922 commission-his last-from a grateful former employee. You may even know that the building’s original client eventually committed suicide (on-site), and that for 60-plus years it was a funeral home.

So when Pooja Vukosavich arranged for three cleansing rituals (feng shui, Hindu and Buddhist) to erase any lingering negative energy before she and her husband, Peter, moved their visual communications firm, Studio V Design, into the building, it wasn’t quite as kooky as it sounds. We can’t say with any certainty whether the ceremonies worked, but after winning preservation awards this year from both Landmarks Illinois and the city’s landmarks Commission, whatever dark aura that floated around the building appears to have permanently vanished.

The Vukosaviches didn’t intend to buy landmark (the building has both city and national designations); they wanted a place to relocate their River North offices closer to their Ravenswood home. Although the building was generally sound, they discovered that some its facade-the only portion of the building designed by Sullivan and the only part subject to landmark restrictions-had issues.

They knew the building was a gem that needed special care. As designers, “we were not ordinary clients,” Pooja says. “We needed architects who had the patience for us. We’re very hands-on.” After interviewing extensively, they hired Chicago’s Wheeler Kearns as primary architects, who in turn brought in terra-cotta specialists McGuire Igelski & Associates to address the complicated repair to the landmarked facade, which primarily involved fixing deteriorated structural members behind the tiles- none of which, luckily, needed replacement. As impressed as they were by the facade work, both awards juries seemed equally taken with the adaptive-reuse aspects of the job; beyond the facade, it’s a multilayered modernist vision. The main floor space, converted into an airy, open office with glass dividers, features a rear wall of full-length windows looking onto a serene meditation garden; altogether, this makes for a splendid new construction within a meticulously preserved shell.

Each jury cited the owners, both architects-Chicago Specialty Gardens for the garden design, and GGC, Inc., for the general contractor-in acknowledging the high quality of the project over and above the preservation component. Although no one is willing to reveal exact dollar figures, none of this came cheap. “Not everything is about positive ROI [return on investment],” Peter says. “Some things just give you an emotional return.”

Walking by the Krause Music Store building-and looking in the front window through the garden-is free.