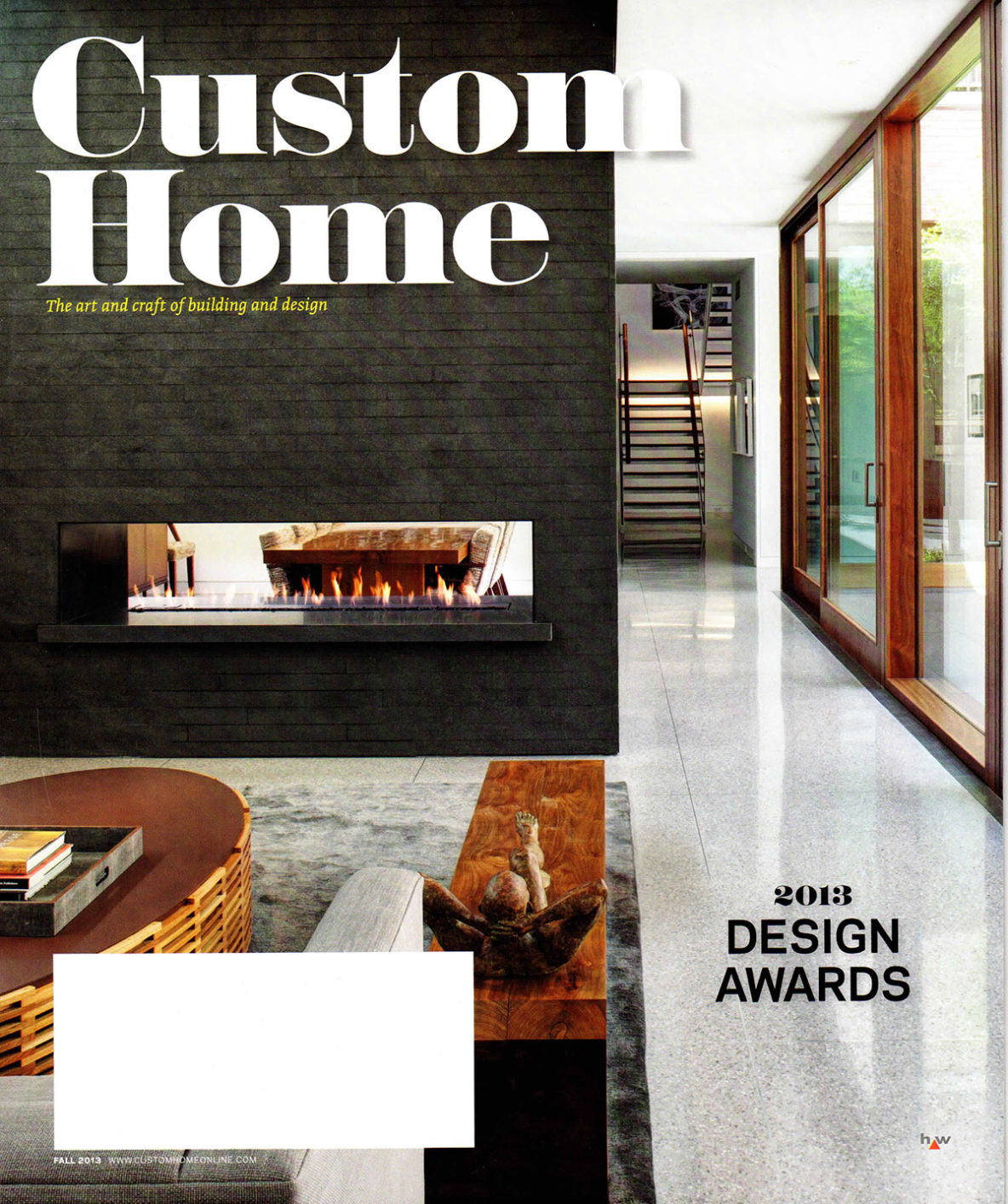 Custom Home Of The Year

This year’s Custom Home Of The Year was nearly a century and a half in the making. Once a barn and a storefront of in in-town dairy, the original structures were built in the 1870’s and early 1900’s. When builders Jake Goldberg and Jeff Berry first toured the complex, “the masonry was in such despair, it was actually dangerous”, Berry says. But its generous size, historic character, and prime location made the property a compelling subject for reuse as an urban residence that, said our judges, “lacks nothing”.

“It’s a ‘contributing building’ in a landmark district,” says project architect Dan Roush, “so everything you see from the street had to remain as-is.” Roush and firm principal John Vinci enjoyed greater latitude inside perimeter walls. At the ground level they created an open courtyard that provides outdoor space and a source of daylight for the cooking, living, and entertaining functions that surround it. The second level, originally a stable (the horses walked up a ramp), houses children’s bedrooms and opens onto a large roof deck. The master suite, with its two private outdoor terraces, fills the third-floor hayloft.

The architects limited the interior materials to what Roush calls “your minimal, art-collector palette. We have a stone, a wood, and a paint color; that’s about it.” Terrazzo covers the ground level floors; the courtyard surfaces and the living rooms’ stacked-stone fireplace are Indian black granite. The sapele of the upper-level floors matches the custom windows and doors. The latter – including lift-side units that Roush describes as “pretty near the buildable limit for wood doors” – exemplify the builders’ challenge on this project. “You have a 40-foot run in the courtyard, Berry says “with 20-foot runs on the returns, and very little tolerance from the rough openings to the finish surfaces”. All in a building whose original condition he characterizes as “crumbling”

Our jury deemed the outcome well worth the effort, lauding not only the “cool concept”, “great design,” and “strong interiors” but also the owners’ vision of a sophisticated family home in the heart of the city. “It’s urban, and it uses an existing structure,” said one judge. “Someone is living here and connected to the community. It sends a powerful message.”

On Site
The tight urban site is bordered by alleys, the street, and an apartment building. To set the 30-foot tall triple-stacked window and door units, a small picker crane parked in the alley. A lift system was staged, with two 20-foot scaffolding towers, a steel beam span, and an electric winch.