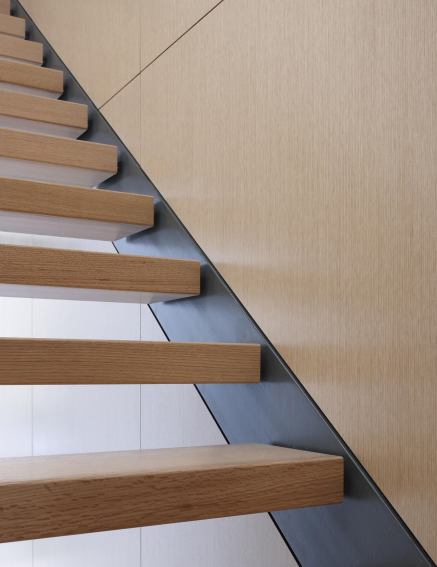 At its simplest, a stairway is an element that moves people vertically through space, but in architect Brad Lynch’s house, it’s also a means of passive heating and cooling. Oriented east-west on a narrow urban lot, the house is 63 feet deep on the first floor. Employing the firm’s trademark reductive logic, Lynch organized the interiors around a three-story millwork core. It separates the stairway, which runs along the south-facing outer wall, from the open spaces on each floor. People move in and out of the first-floor public zones through openings in those 3 ½ -foot-thick wood volumes. “You enter on the side of the house at grade, walk into the landing, and circulate up or down from there,” Lynch explains.

Because the slab-concrete first floor is partly below grade (the second floor sits about 4 feet above ground), it acts as thermal mass to keep the house cool in the summer and warm in the winter. On the east and west ends of the house, Lynch positioned operable awning windows near the stair run. When they’re open, the stair acts as a wind chimney, gently drawing air up through the house and dispersing it into the living areas.

The staircase appears to float effortlessly from floor to floor. A steel channel stringer was recessed into the exterior gypsum-board wall on one and the millwork on the other. Treads are composed of quartersawn red oak on ½ – inch plywood that wraps around the steel plate running between the stringers, leaving a ¾ – inch metal reveal on each end. 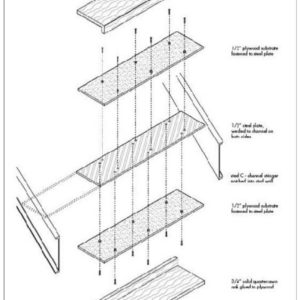 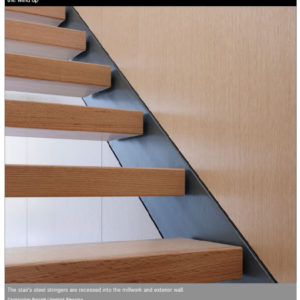 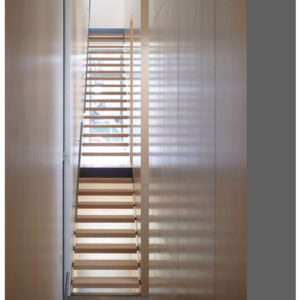 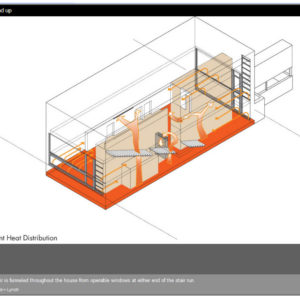 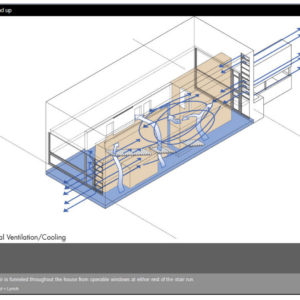 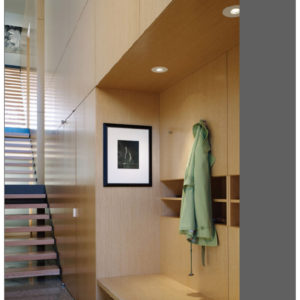